There I was. Standing and waiting at Dublin Airport for a Ryanair Jet to arrive from Eindhoven. My parents came over to visit me in Dublin where I was living and working for one year. They landed. Hello, hello, long time no see! I was excited and felt good to see them after such a long time.

Next morning 9 am: It was beautiful and surprisingly warm for that time of the year. All we had was a rented car, our backpacks, a map of the island, 6 days´ time and the blue sky in front of us. It was the end of March, off-season. So, luckily, there were hardly any tourists on the island. A good reason for us to take it easy. „Brum brum, let’s get started. Oh, how did I miss you my good old friend called ‘Driving on the left!‘ But well, not a problem. 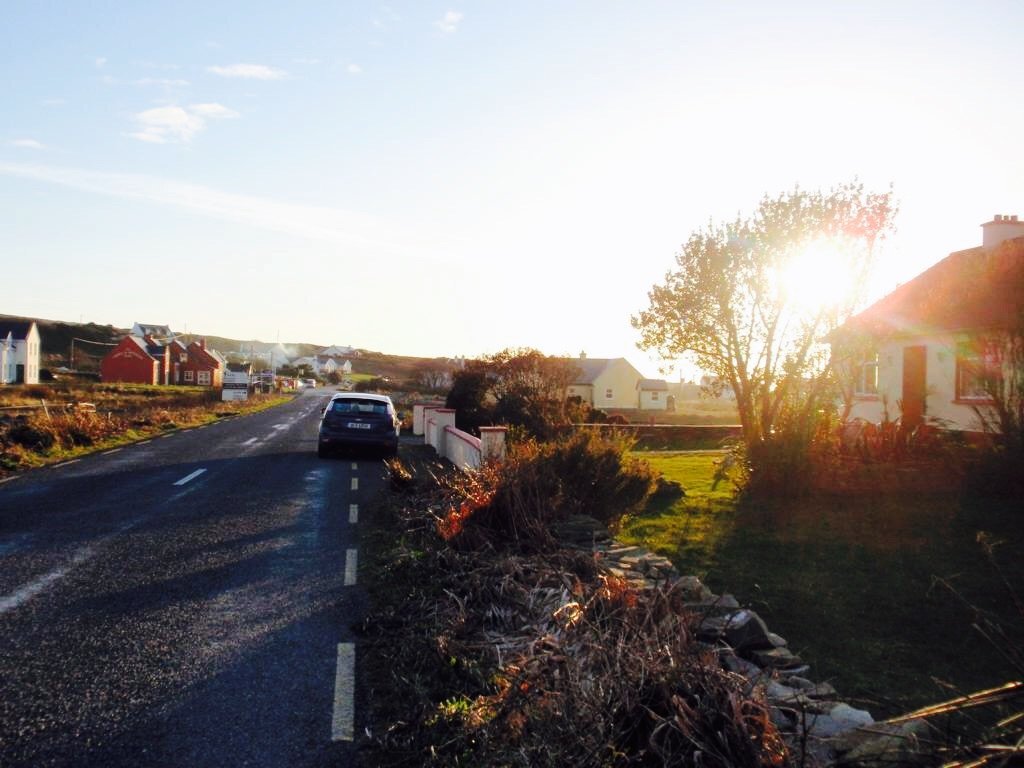 It got a little cloudy and foggy but still warm. After 1.5 hrs we stopped and reached our first stop: Kilkenny. No! No South Park reference will be made here, ha ha! It´s a typical, sedate Irish city with colourful houses. A medieval town and birthplace of the famous Irish beer “Kilkenny”. Of course, we went to a Pub to take a pint! Cheers! 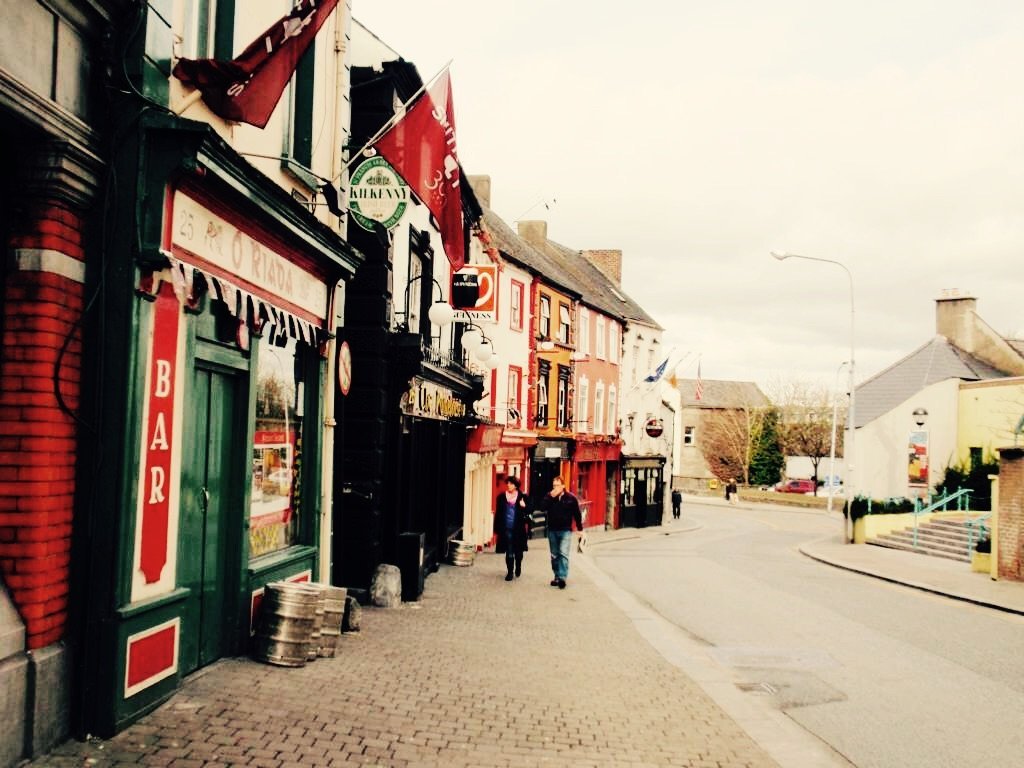 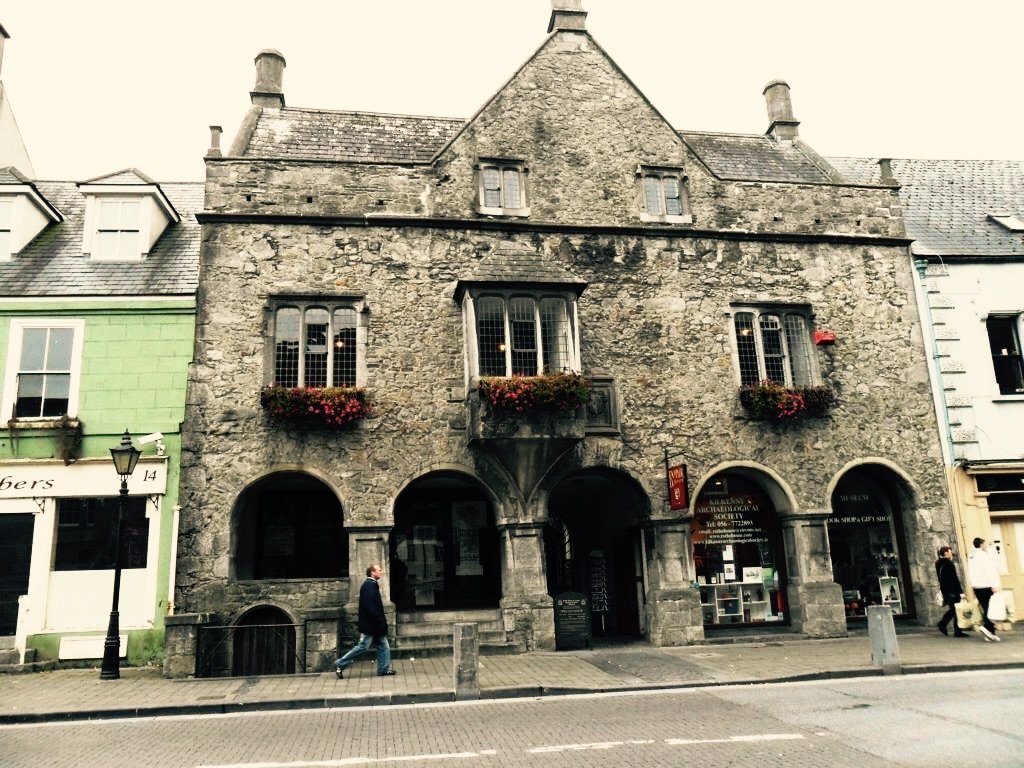 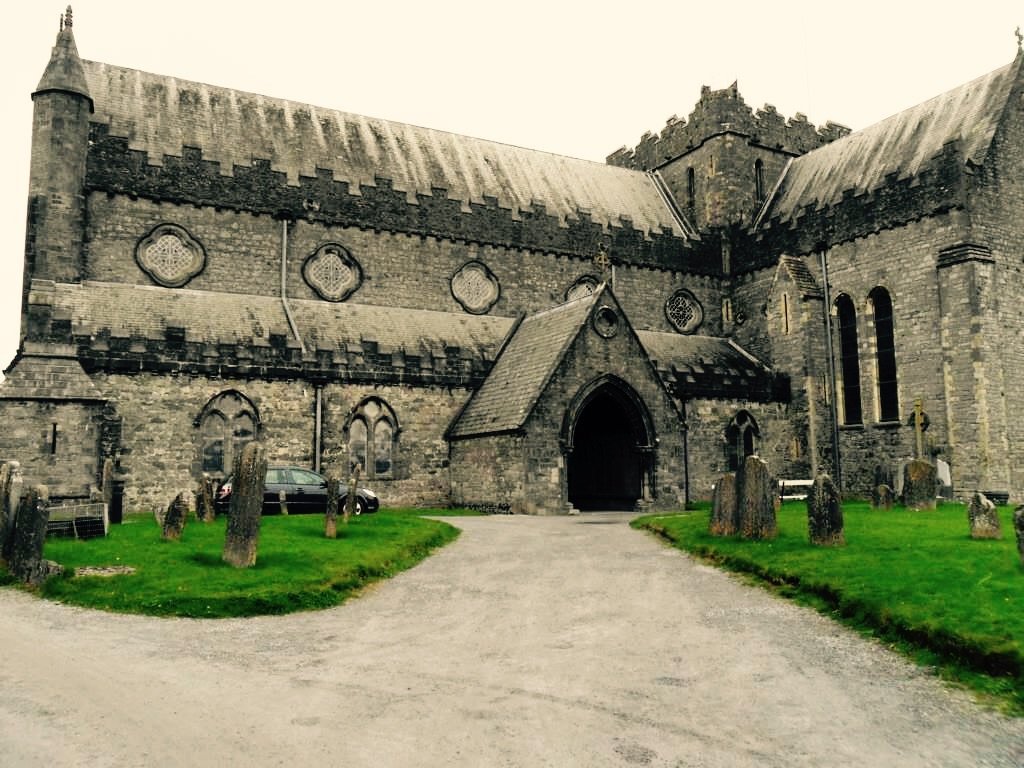 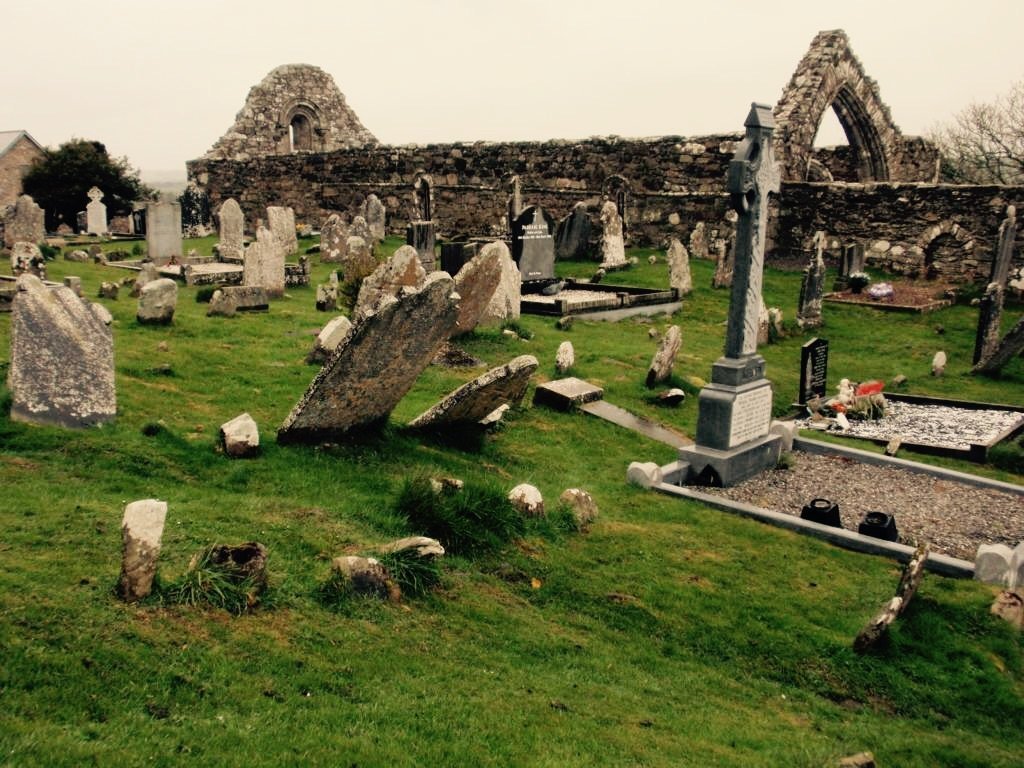 Some time on the road passed and we reached the country`s South East coast where we found plenty of small palm trees, exotic plants, rocks and white houses just in front of us. Hmm…seems like a Mediterranean island we were on. But no, still in Ireland. That’s great! 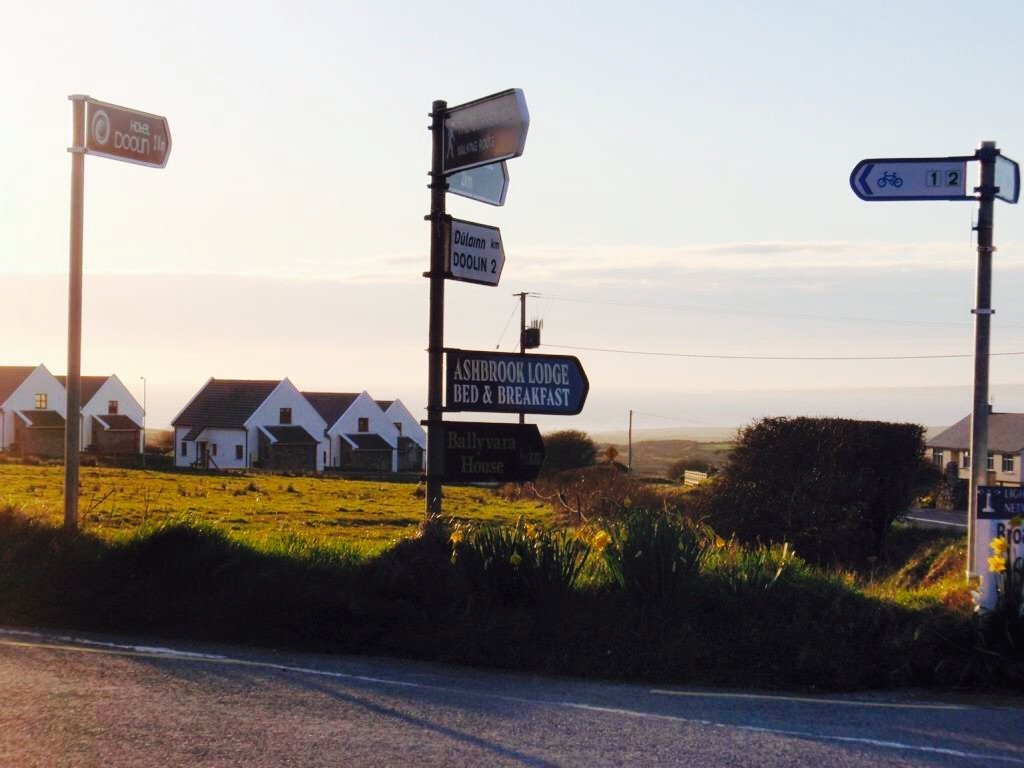 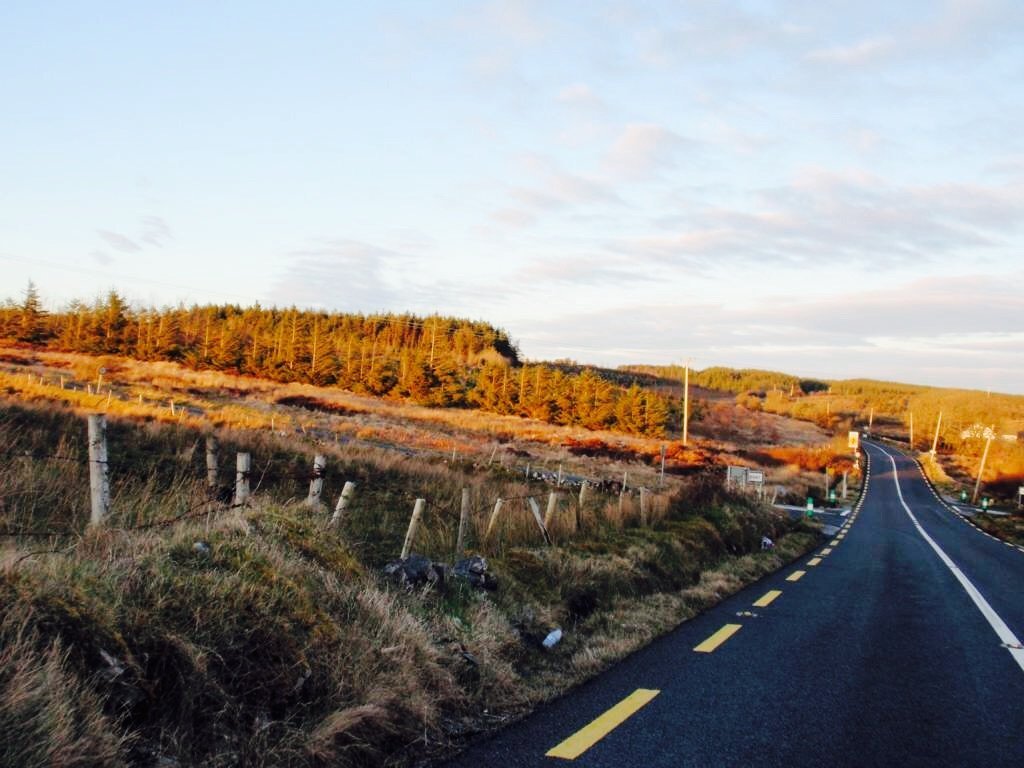 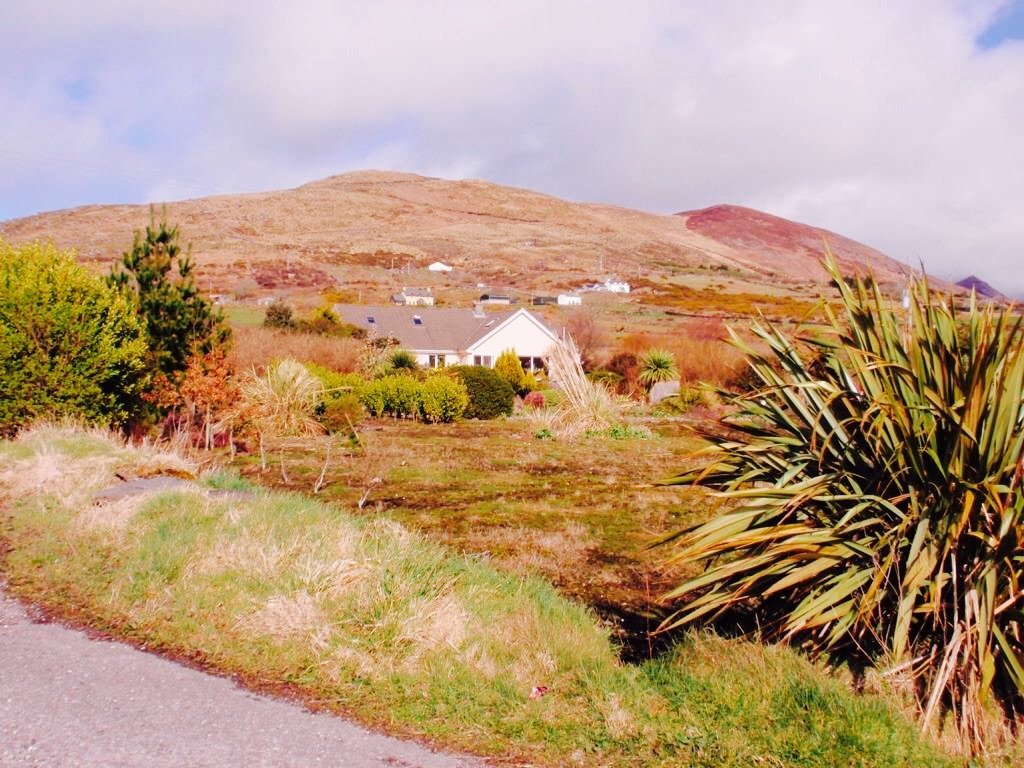 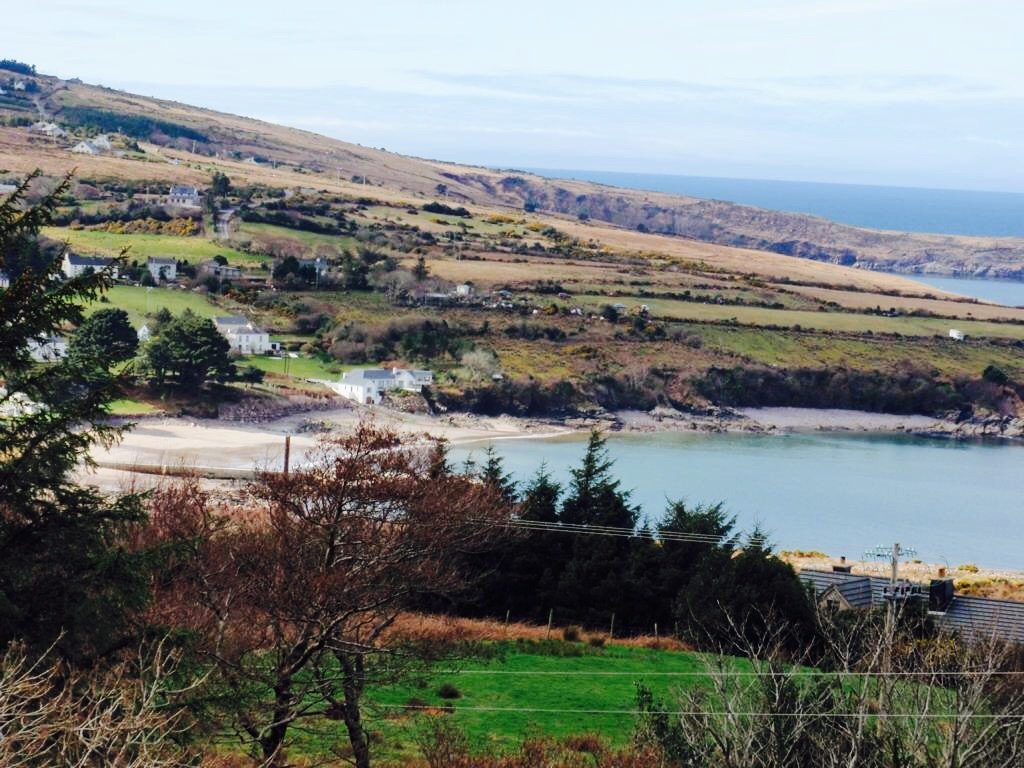 Sun went down and it got darker. We parked the car, went to the waterfront and relaxed on the beach. Listened to the sound of the ocean, lived and enjoyed the moment. It felt like pure holidays so we decided to stay for the night. Wow, what a cosy small hotel and friendly stuff… 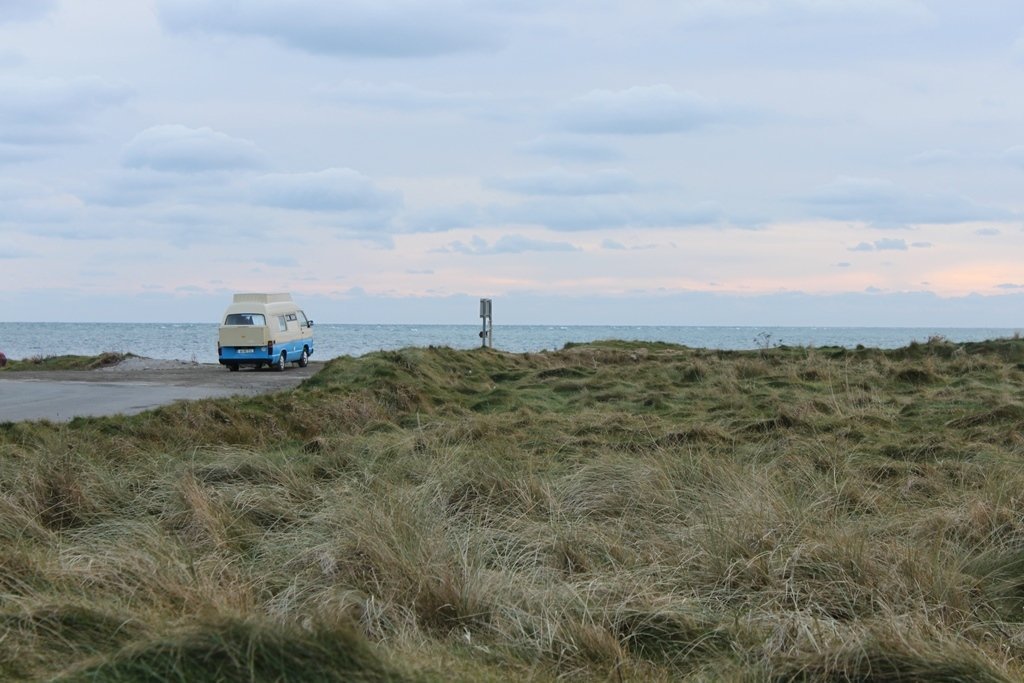 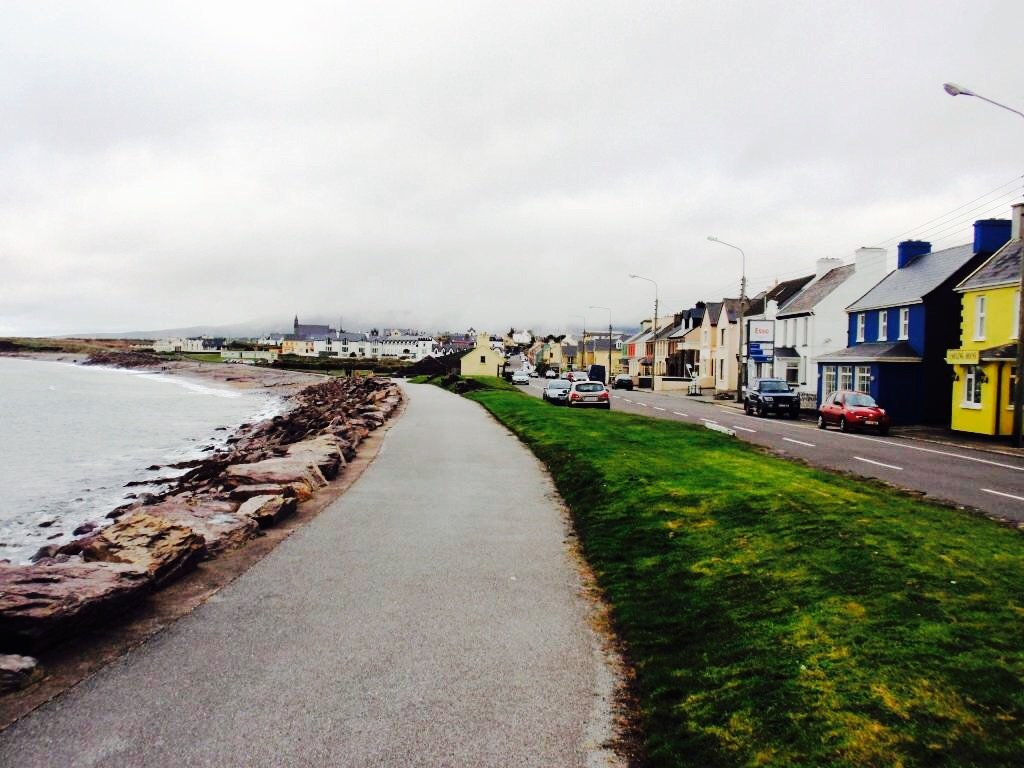 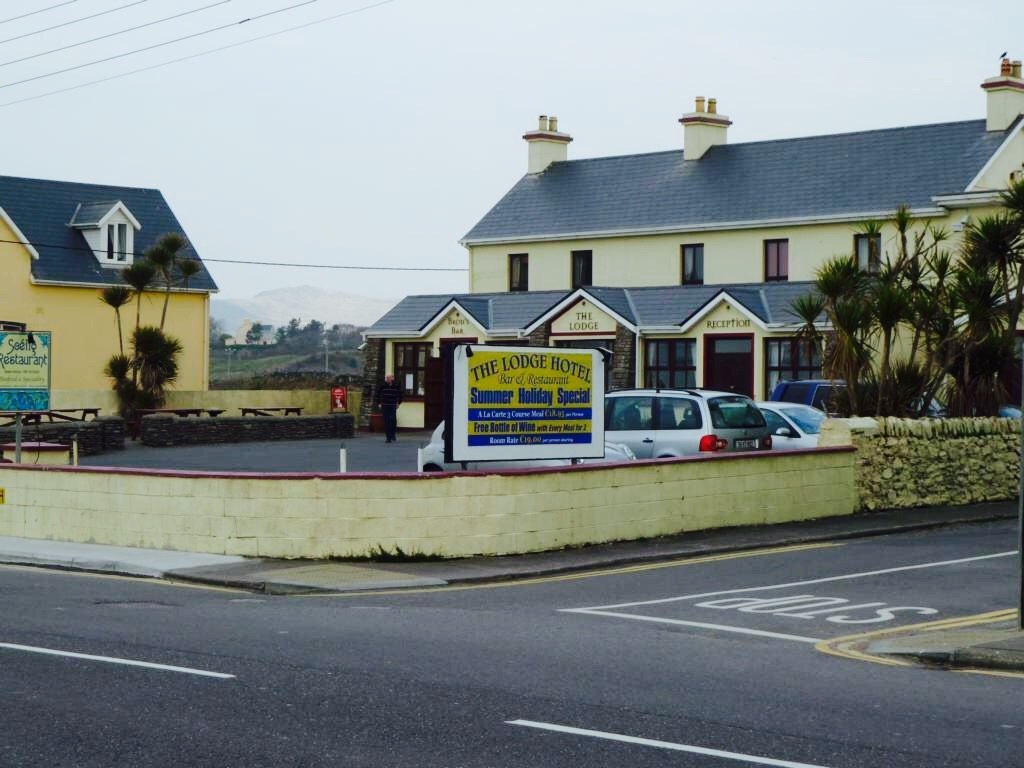 We were served with a full Irish breakfast the next morning and had an intense talk with the lovely couple who own the accommodation. Already fell in love with this road trip, ha ha! It didn`t feel easy to leave this spot of land where time stood still and where we found the true meaning of Irish hospitality. Nevertheless, we were excited about our next stop. We were driving through the Irish hinterland, along the ocean and took pauses in between to walk along the beaches.

Some time has passed and we arrived in Cork: Ireland’s food capital with the best restaurants to be found on the island. It is the country’s second largest city with nearly 120,000 people living there…only! But that’s what I like. Ireland`s small scale. Cork lies on the River Lee and we visited the world’s biggest natural harbour. Later that day, we bought some local fish at the English Market. They sell lots of local food here. You definitely have to try some fresh fish in case you ever go there!

Again, we decided to stay for the night and went to one of the many restaurants. Go and order a set menu. It includes a starter, a main dish as well as an Irish coffee! You will find a large variety on every restaurant`s menu! At around midnight all of us nearly fell asleep so we headed back to our hotel.

Good night for now and get excited about the second part of this road trip – the West Coast of Ireland.

Thanks to Nadine Baumann who let me use some of her images.

My 8 favourite places along the Danube in Serbia614 Total Shares