Serbia: Holidays at the Silver Lake near Veliko Gradiste

Hello and welcome to “A section full of contrasts”. I made myself comfortable in a small internet cafe in Veliko Gradiste, and will tell you what was going on lately. Well, where am I going to start? Ok, I think I know…On the day of our departure from Belgrade:

It is 16 o’clock already and we are leaving much later than we have planned to. Our compass shows east, to Kovin, where we want to visit Dragana and Ale. Their Dunavski Plicak Guest House is located directly at the Danube route. Already before we started our travels, we have been in contact via facebook, and now finally we are meeting in person. After 75 km and unbearable heat, we arrive around 10 p.m. Have I actually mentioned that this years summer is the hottest in Serbia for a very long time? For four weeks we face about 40 degrees Celsius daily, and this literally left scorched earth at many places! After our arrival we find ourselves being spoiled by very delicious food and are impressed by the cooking skills of the two. All regional ingredients, organic so to say. On the next day we are going on a boat trip with Ale to the place where the river Great Morava arises from the Danube. We let the sun shine onto our bellies and cool off by jumping from the boat into the water. Perfect holiday and amazing hosts! 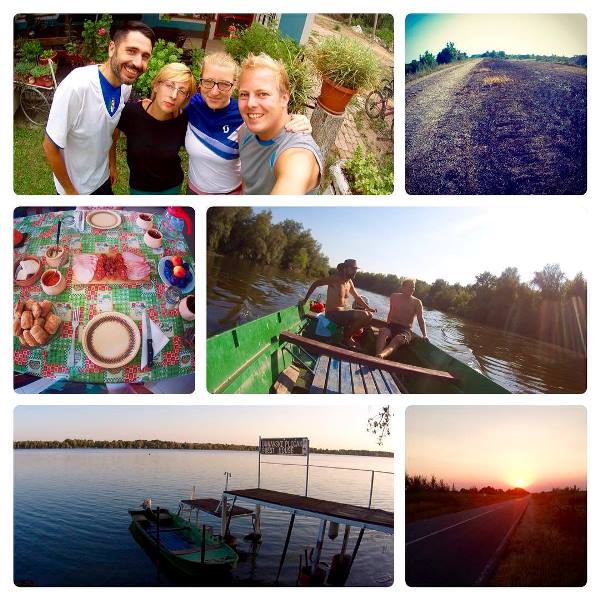 Before we continue our trip, we are given a hint where to go next: To Zeleni Dvor – Oasis of alternative life. Here the extreme contrasts are about to begin. The couple Sneza and Sava live without electricity in a self-constructed house hidden in the woods at the edge of the small village Kajtasovo. They are enthusiastic cooks and all ingredients come from their own garden, the nearby river as well as from family and friends. We are cooked for opulently and I would even go as far as to say that this has been our culinary highlight of our biketrip through South-East Europe so far. On the next day it even gets better. Before we get back on our bikes, Sava and his friend Karlo take us for a truffle hunt. They own special truffle-dogs with whom we are finding lots of truffles. Two mind-expanding days without electricity, water only coming from the pump, many inspiring stories and experiences, are coming to an end. Here I again became aware that it is irrelevant to own many things in order to be happy – at least for me. Besides, in the meantime we have finished our 1500 km. 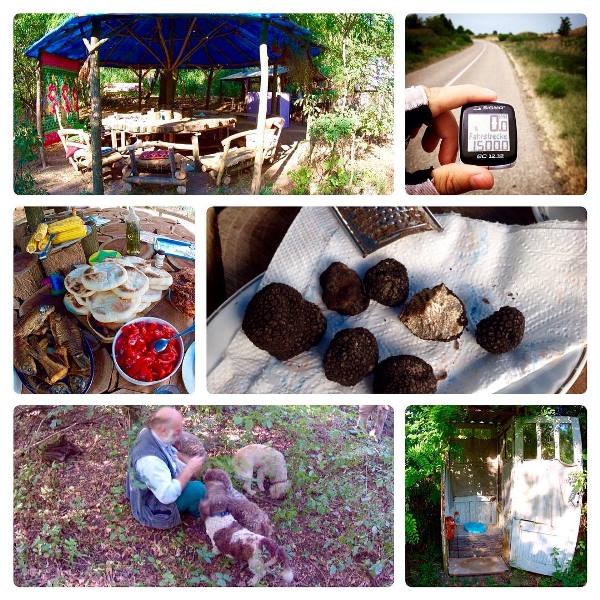 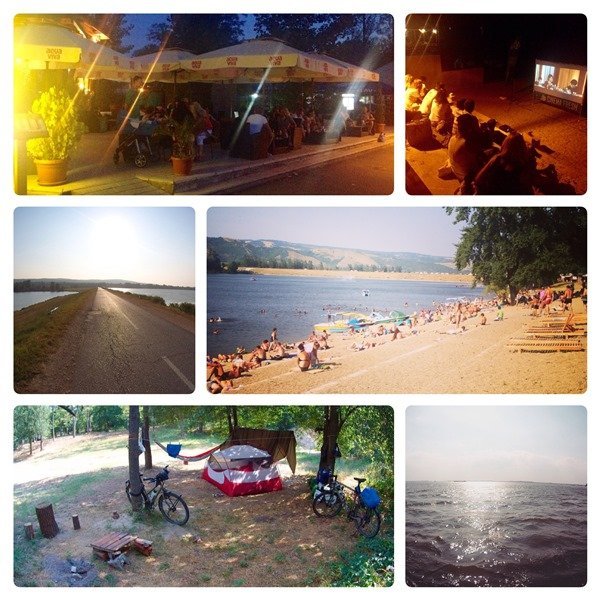 We say goodbye and are cycling on the Danube dike to Stara Palanka where we take the ferry to Ram. Here the Danube looks like the ocean – gigantically wide and with strong waves. Rumania on the left side, Serbia on the right side. From here we will go on through Serbia, before we go to the other side of the Danube to Rumania.

After about 60 km surrounded by beautiful landscape, the so-called Silver Lake appears out of nowhere. A nice touristic place nearby Veliko Gradiste with many facilities for entertainment, food and swimming. That’s the other extreme – the contrast of the past days could barely be any bigger.

Far away, but at the same time close to the hustle and bustle, we find a nice spot for our tent. After five days and nights within the heat, we eventually move to a small apartment. What, five nights already again!? We really stay quite often quite long at a certain place. But no wonder in this great country; slow travel at it’s best. If you have the time, you should take it.

Coincidentally, we get to know Lidija who runs the bar at the biggest hotel, ship and Aqua Club at the Silver Lake near Veliko Gradiste. She not only invites us for the Aqua Park, but also for a boat trip. A great and eventful day comes to an end. Not quite. I turn night into day and join Lidija to go to the disco to see Stoja, one of the most popular Serbian singers. And then, yesterday night: Babs finds a small, waif baby cat while jogging and against all reasons we decided to take care of her for now. Let’s see how this will continue…

A Danube cruise followed by a good night out! #Serbia #eurovelo6 #travel #fun A photo posted by Matthias Derhake (@matthias_traveltelling) on Aug 11, 2015 at 1:39am PDT