In Bulgaria we have to change our travel plans

After the border crossing point to Bulgaria, we are back in the EU after spending more than two months in Serbia, Bulgaria welcomes us with broad, empty roads  and seemingly endlessly wide streets. Suddenly, I have two flat tyres, one after the other. Thereby, we are losing valuable time and reach Vidin, the first big city in Bulgaria, only after dark and totally exhausted.

At first sight you cannot tell that Vidin is the poorest city in the EU. Though, I have to admit, I like it here. Vidin is our last city along the EuroVelo 6 Danube route. And the next day we say goodbye to Kelly and Paul, who will cycle a little further along the Danube.

Welcome to the city of #Vidin in #Bulgaria. It was a long and exhausting ride from the border and I got my first puncture ???☀️ #eurovelo6 #donauradweg #ev6 #travel

We found an old ruine in the city of #Vidin in #Bulgaria. #lonely #church #old #art

We have been invited by Velizar from the tourism organization of Belogradchik to visit this small town in the mountains. After a 45-minute ride in the local minibus we arrive in Belogradchik. As pictures say more than a thousand words, see for yourself…

Back in Vidin, the evening walk reveals some surprises: We happen to discover an impressive ruin. The former synagogue is completely abandoned, everything seems to have fallen apart. Surprisingly, we cannot see any signs preventing us from entering, so we go inside…

It is dark and the gigantic rising moon seems to be deep red due to the illumination of the evening sun: I have never seen anything like this before. Here this phenomenon is called Sunny Moon. We pass the fortress of Vidin and find ourselves at the village fair. A mixture of an oriental bazaar, circus and carnival with old carousels and a stage with traditional Bulgarian singing and dancing. The image is shaped by the many gypsies and shrewd bargainers  moving across the Balkans in order to sell handmade pots, clothes and sweets.

In the end I am cheated out of ten Lev (about five Euros) that I – who would have expected this – get back after a ten-minute discussion with five stallholders plus a lot of body language, because there is NOBODY who is able to speak English, except one young girl. WOW, I am very surprised, especially thanks to the girl.

Now, after the 2000km that we have done by bike, we are faced with the tough question: What now? Our two-month stay in Serbia has spoiled our travel plans, so that we have no more time left to travel to Macedonia and Greece as planned.

For now we will go on to the Bulgarian capital Sofia as planned. But instead of going south afterwards, we will head north-east by train to Bucharest and Transylvania in Romania. First, because we will have a shorter and cheaper way back home from there, second, we can take more advantage of the remaining three weeks we have.

Well, maybe one should not plan too much in advance as often things turn out differently in the end anyway…especially while traveling! 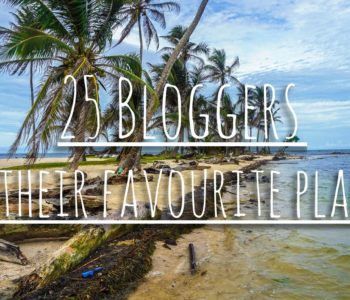 My 8 favourite places along the Danube in Serbia628 Total Shares