Ghost cities and a village festival

After a couple of days riding along the EuroVelo 6 in Hungary, we encounter a very interesting type of accommodation. A mixture of an Ibiza beach club and a modern camping ground. However, it is devoid of humans due to off-season. The young Hungarian owner has built it last year together with his mate and tells us about the parties. I am getting into party mood and already searching for the next nite club.. unfortunately only in my mind as we are in the middle of nowhere. 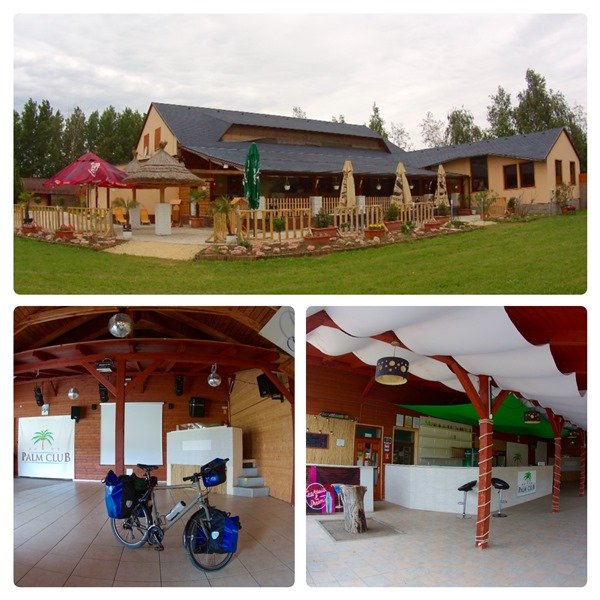 After a good night sleep our bike tour continuous and we make a little stop in Győr, the first big Hungarian city along the Danube route EuroVelo 6. A nice city, with its three lakes Rába, Rábca and the Danube. The city has a very nice city centre which was recently renovated. You can also find a lot museums and health and spa swimming pools here and one can easily spend some days in Győr. The city’s website with all tourism infos and activities is very well structured and available in different languages – very handy. Unfortunately, we hve little time and thus, decide to proceed towards Ács and Komárom. Here you can find the Elisabeth Bridge which connects Hungary and Slovakia. After crossing the bridge you can go grocery shopping at much lower prices in Slovakia. Super practical from a budget travelers perspective. Thanks to very nice camping ground owner Laszlo, who speaks four languages fluently, I quickly find what I am looking for: A quiet and nice place to catch some fish. I bought a new route a couple of days before in Bratislava and there it is, just catching a fish after seconds. Loving it! Another highlight are the snakes which can be found here ;) 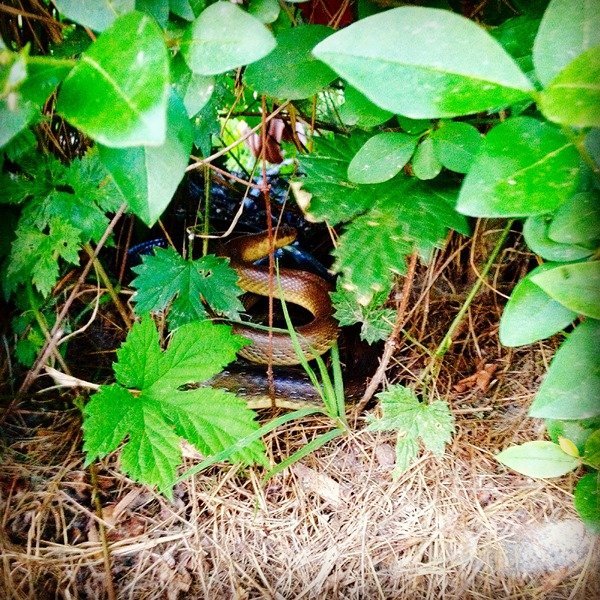 It still is a long way until the Danube Bend through deserted cities which appear like died out. Lonely streets, houses, factories, supermarkets, hotels, train stations,… all unpeopled. Very mysterious and a bit surreal. Later we find out that the financial crisis is to blame as well as the demographic change. Many young people are emigrating or moving to Budapest. A piece of hard reality, this part of the EuroVelo 6.

We are back in a more densely populated area and get lost immediately. However, out of a sudden we find ourselves at a little village festival. We are invited for beers and whiskey by this Hungarian fellow with a conspicuous orange shirt, a pot belly and a cowboy hat which makes him look like one of these typical American guys. Even though he says “Me lived California” it seems as if he does not understand much of what I am saying and vice versa. Anyway, it is a funny afternoon.
After a couple of hours we are about to continue our tour. Only 30 km to our next destination, but we are pretty tipsy and the route proceeds on the main road with many potholes. Nevertheless, after a painstaking way we arrive in Esztergom, the first city of the Danube Bend in the early evening. We are meeting two other cyclists, Jan and Arnold, and sit and talk with them till late at night, drinking beer, wine and having noodles. 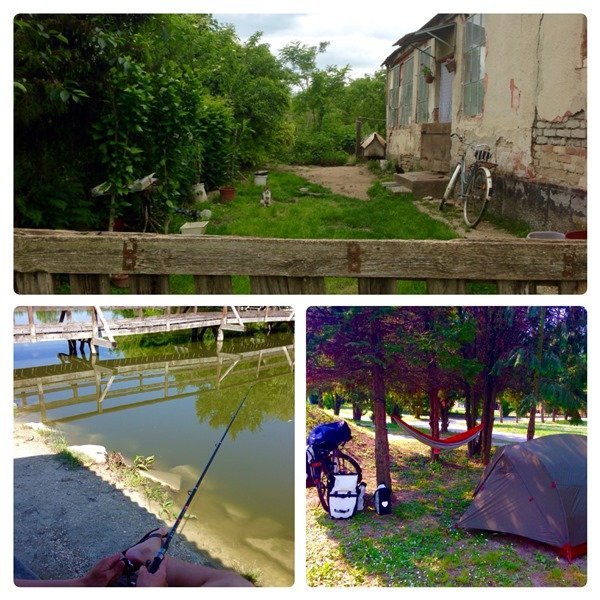